The Gygi Guide to Cocoa! 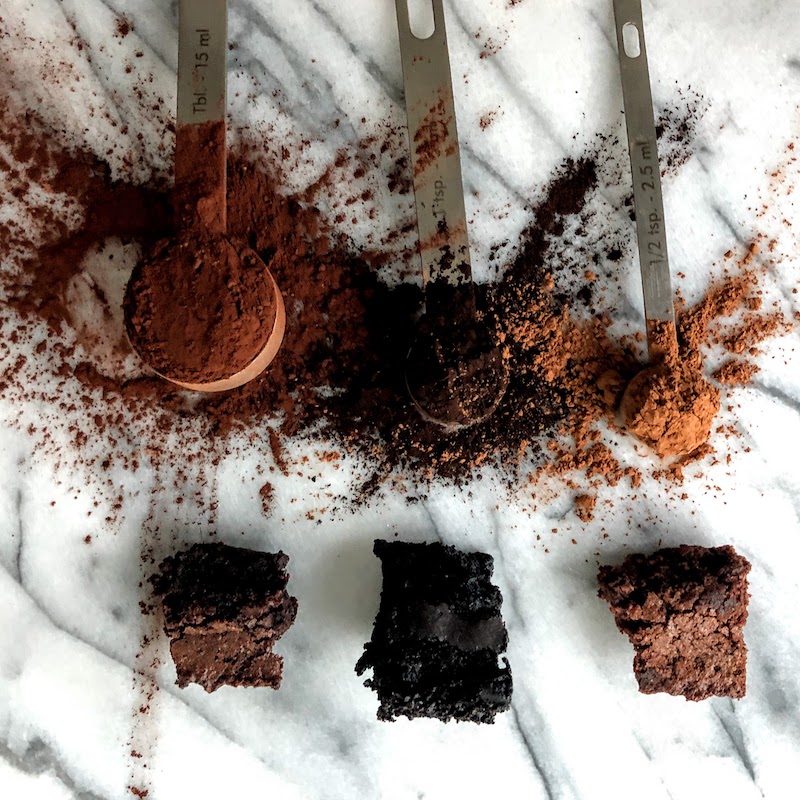 We are jumping in. Feet first on an essential chocolate product – cocoa!!!

First, what is cocoa?? Cocoa begins as a bean from a cacao tree. The bean is fermented, roasted, and dried to develop a rich and earthy flavor. Then, the bean is ground and pressed, which makes pure, unsweetened chocolate, also known as chocolate liquor. From there, the chocolate liquor can be used for baking, made into other types of chocolate, or further processed. During processing, the fat is separated from the cocoa solids which leaves you with cocoa butter (fat) and cocoa powder (cocoa solids).

Another contributing factor is the fat content. When the cocoa solids are separated, a percentage of cocoa butter remains in the cocoa. The FDA requires at least 10% cocoa butter to be classified as cocoa powder, yet the amount of cocoa butter varies between 10-25%. Why? Well, cocoa butter is expensive, so companies worried about making an extra buck will squeeze out as much cocoa butter as possible, compromising the flavor and texture of the product. The higher the cocoa butter content, the smoother, richer, and creamier your resulting product will be!

The final contribution to the cocoa powder is the way in which the cocoa is processed. The two common types of cocoa you will encounter are natural and Dutch-processed.

Natural Cocoa is ground cocoa powder in its pure form. It is naturally acidic which affects the taste and performance of the cocoa. Natural cocoa undergoes no further processing to remedy the acidic nature, which leaves the cocoa a light and chalky brown color. The taste is often described as “tinny,” but it is also a classic chocolate flavor! Think 90’s cake! That is natural cocoa!

Another type of cocoa you will encounter is a Dutch-Processed Cocoa. This product is the result of further processing natural cocoa powder. Naturally acidic cocoa powder is processed with an alkalizing agent, which reduces the acidic nature and flavor of natural cocoa. Dutch-Processed Cocoa is darker in color and richer in flavor. The taste can be described as “earthy.”

Generally speaking, Dutch-Processed Cocoas are made with higher quality beans, while also preserving the higher fat content, making them more desirable for baking and cooking. But watch carefully! Manufacturers are smart and have started to make dutch-processed cocoas with compromised standards. So, look for the fat content (20% or higher) and stick with reputable brands for the best results.

A third type of cocoa is Black Cocoa. This dutch-processed cocoa is further alkalized to remove almost all the acid from the powder. The result is a dark brown, almost black powder.

Black cocoa is used to make Oreos! Their iconic taste and color comes from black cocoa! Black cocoa is popular for Halloween cakes, cookies, and frostings, because it is easier to achieve black goodies without using an entire bottle of black food coloring.

But, when it comes to baking, you need to take caution. Baking is a science and the success of the recipe is dependent on the exact ingredients being present. So, if your recipe calls for a Natural Cocoa, it is depending on the acidic quality of the cocoa for the recipe to be drool-worthy and perfect. If you use a Dutch-processed cocoa in its place, the alkaline nature of the cocoa may not activate the leavening agents, leaving you with a dense mess of a cake, cookie, brownie, etc. No good.

Which Cocoa Should I Use??

It can be tempting to use whatever cocoa you have in your cupboard. But! Take caution. If you’ve never made the recipe – use the cocoa called for!

If you’re looking to experiment, here are a couple rules to keep in mind:

Hopefully that helps guide your cocoa-buying decisions! If you’re still trying to decide which type to buy, follow your tastebuds. First, pick a brand of chocolate you like! Callebaut & Guittard make delicious chocolates. Hence, they also make delicious cocoa!! So, pick a brand you love. Then, decide if you want a classic, chocolate flavor (natural!) or a rich, fudge-like, and earthy flavor (dutch-processed). And don’t be afraid to experiment! Try a few kinds – you might surprise your taste buds.

We love a good taste test at Orson Gygi. (Remember vanilla??) So, we made six batches of brownies using six types of cocoa. Same recipe. Same pan. Same cooking time. Same everything! Except the cocoa.

Then we invited our customers to try the brownies and rank their top three favorites. We tallied the votes and calculated the winners.

Now, second place was NOT far behind – only 1 percent. Just four votes. This brownie was made with Guittard Cocoa Rouge, which is a Dutch-Processed Cocoa. This brownie was delicious. It was also the first dutch-processed brownie in the lineup. As a result, it was the most noticeably different, because most tasters consumed it after the natural cocoa brownie.

The next two cocoas were soooo close in this taste-off! Callebaut Extra Brute (my personal favorite!) & Hershey’s Special Dark tied with 17% of the votes. Crazy.

But even crazier – after a little research and discussion with the Hershey’s Company, we discovered that Hershey’s Special Dark Cocoa and Hershey’s Dutch-Processed Cocoa ARE THE SAME COCOA. Haha. The first is packaged for home consumers, while the second is packaged for restaurant/bakery use. We repackage their enormous 50 pound bags, passing a savings on to you! But, now you know, we know, and everyone knows – they are the same thing.

Now, why were the Dutch-Processed cocoas so neck-in-neck?? Well, they were all delicious! They are all good cocoa products, so they all made great brownies. Also, due to the amount of other ingredients in the brownie recipe (sugar, flour, butter, etc.) the subtle nuances in flavor were lost! They were all similarly rich, fudge-like, and earthy! Perhaps we should try this test again, but with pudding. Or frosting. Or another application that would let the chocolate flavors stand out.

Now for the last-place, Guittard Dark Cocoa! If it is true that we eat with our eyes, then this brownie began this contest with a disadvantage! Tasters were instantly turned off by its dark black color. Many of them assumed it would taste like bittersweet chocolate (it didn’t). It also looked under baked (it wasn’t). It did, however, taste different than a typical brownie. Many people loved it, just not the majority.

Okay. So, there is a lot of cocoa information. Possibly more info than you knew you needed!

Our hope is that it will guide your future cocoa use! We hope you’ll feel more confident next time you need to buy cocoa or when you try a new recipe. Hopefully you’ll try something new and fall in love with the products you’re using. 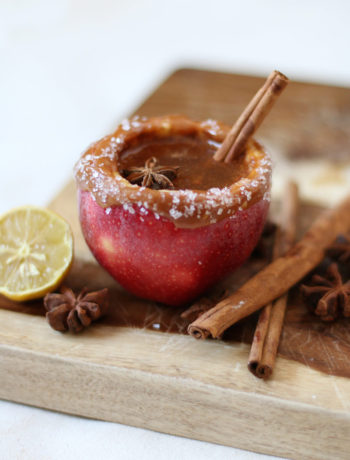 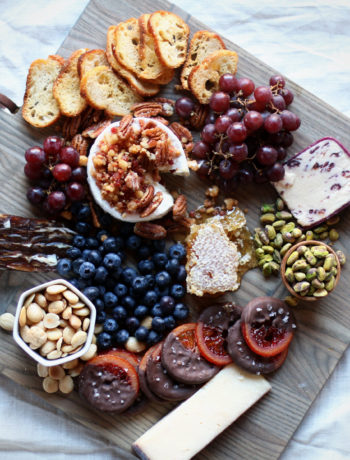 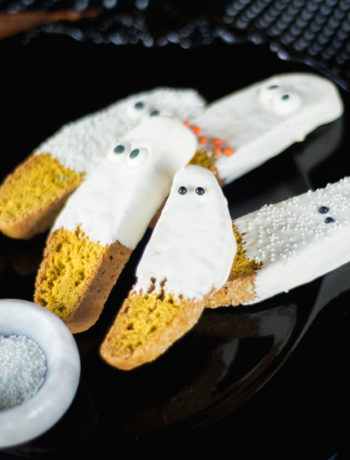 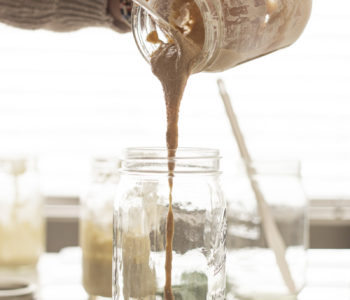 All About Sourdough Discard 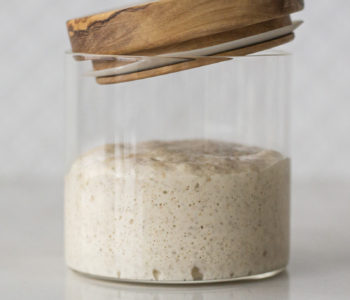 How to Start a Sourdough Starter 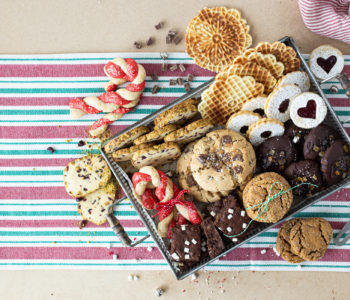